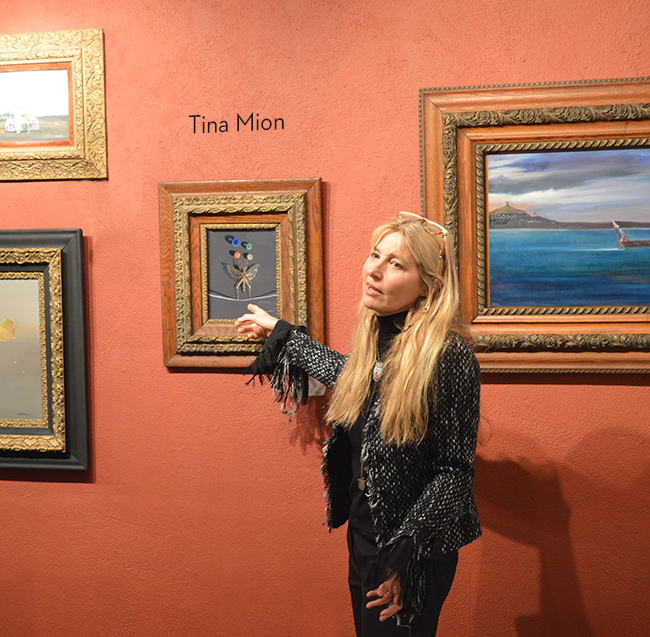 Tina Mion is describing The Juggler at the opening reception for her show, Carpe Diem, at David Anthony Fine Art November 22. Those in attendance interacted with her inspiration and process. We’ll keep you informed of future presentations, this show is up through March 1, with works remaining indefinitely.

Tina has provided original watercolor studies of The Spectacular Death Spoon series for purchase. She has never before offered the sale of her studies. 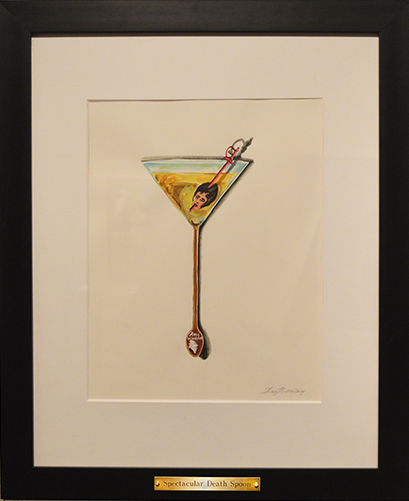 Amy Winehouse, “One of history’s most unique exits”
Study in watercolor for the Spectacular Death Spoon series.

Handcrafted furniture by David Mapes continues to be a mainstay of the gallery. Pictured is a custom media cabinet with hand-embossed hollyhocks in copper. Made in Taos. 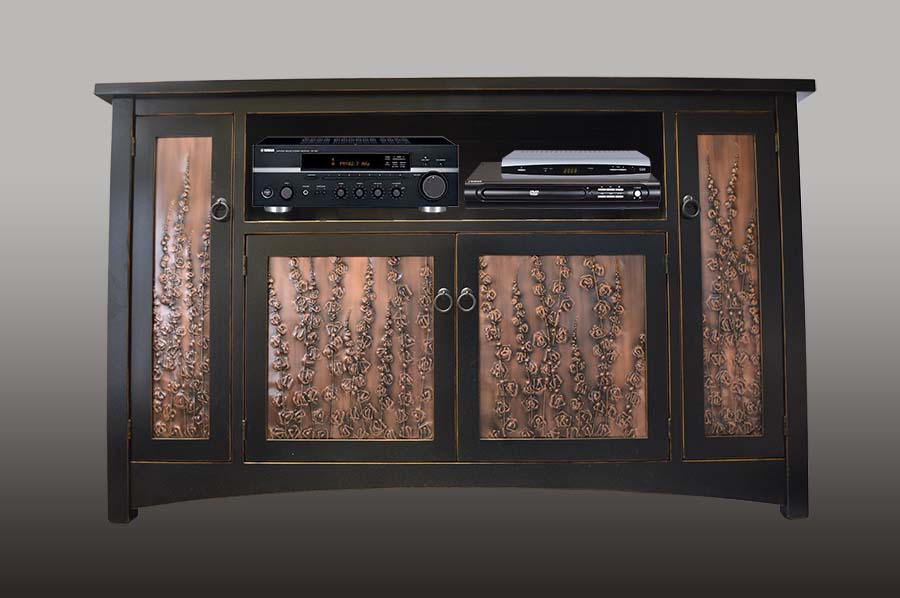