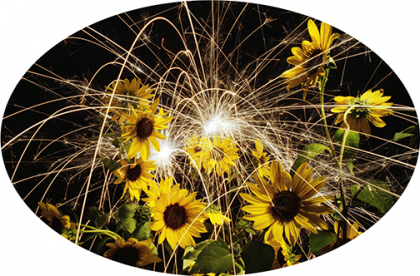 David Anthony Fine Art, Taos, NM, is currently featuring the photography of its owner, David Mapes, in an exhibition titled “Exothermic Reactions” from December 15, 2013 through February 28, 2014. The seven photographs—taken with film and output on archival silver rag watercolor paper with archival ink—capture the very moment, as required by the pyrotechnic subject matter. “Pyrotechnics is an amazing art form that uses chemicals to produce noise, light, smoke and sometimes floating materials. Fireworks can be designed to burn with flames or sparks of many colors, typically red, green, blue, purple, gold and silver and they have been around since 7th Century China, where they were invented, says Mapes. “Pyrotechnics is an extraordinary way to be expressive, it is a rare skill set and there is a certain level of showmanship here that I wanted to photograph,” he added.

Mapes’ many years experience as a licensed pyrotechnician inspired and informed this work greatly, especially considering the technical challenges involved and the timing necessary to achieve the desired outcome. Aside from the chemical compounds used to create the miniature pyrotechnic display, which can vary greatly and can include chemicals such as iron, titanium, and zinc (mixtures of which can burn in different colors), there is wiring and staging involved, plus setting off the reaction that is often over in a fraction of a second. “There are certain incongruences about this work and I like the combination of art and science that these photographs represent,” said Mapes, who is also a well-regarded custom furniture maker.

His experience as a pyrotechnician includes several hundred large firework shows for rock & roll bands such as The Who and Journey, ten years of indoor pyrotechnics for the Houston Livestock Show and Rodeo and the Hollywood Bowl.

An exothermic reaction is a chemical reaction that releases heat and in this case creates fire that illuminates, and also becomes part of, the compositions the artist has assembled. Combining the chemical combustion with other subject matters, from a field full of sunflowers to a cast of his head, the expression in each photograph changes with each tableau.

The photographs in “Exothermic Reactions” are available for sale starting at $600.

David Anthony Fine Art, (DAFA), located at 132 Kit Carson Road, Taos, New Mexico, was founded by long-time Taos furniture maker David Mapes in 2011. Each year, the gallery hosts the DAFA Photography Invitational showcasing photographers from throughout the world. The mission of DAFA is to exhibit the work of accomplished fine artists and exceptional crafts people in a setting that is welcoming and accessible to all. 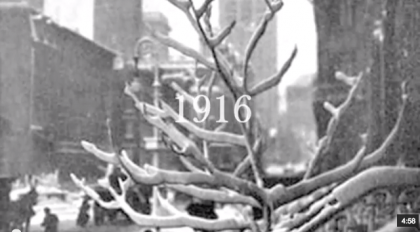 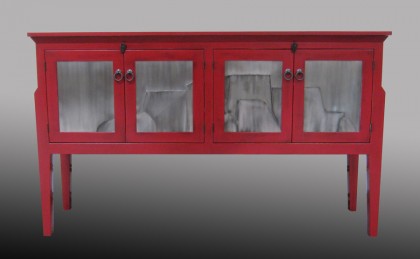