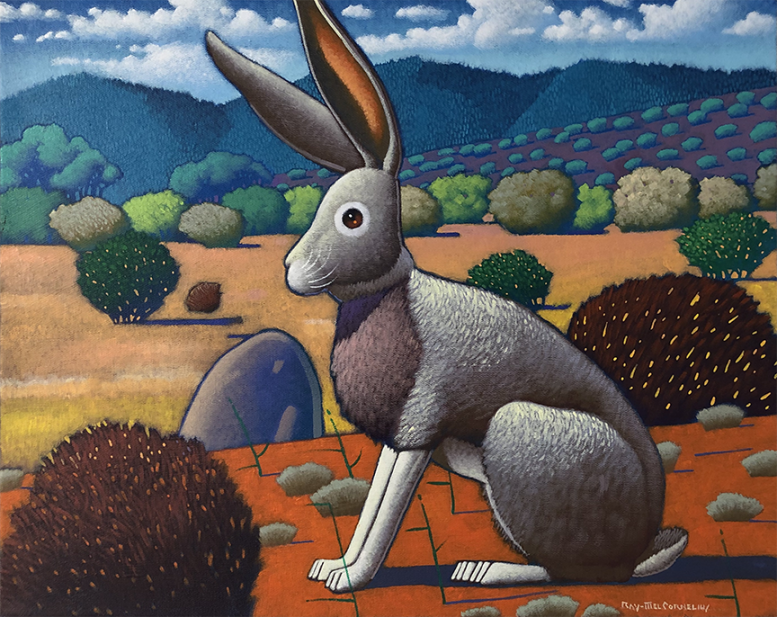 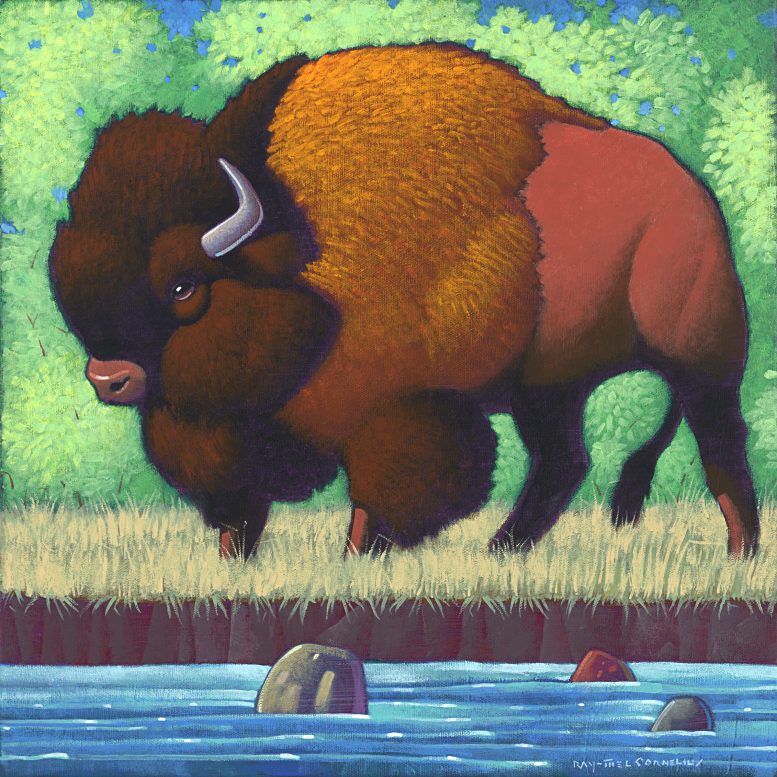 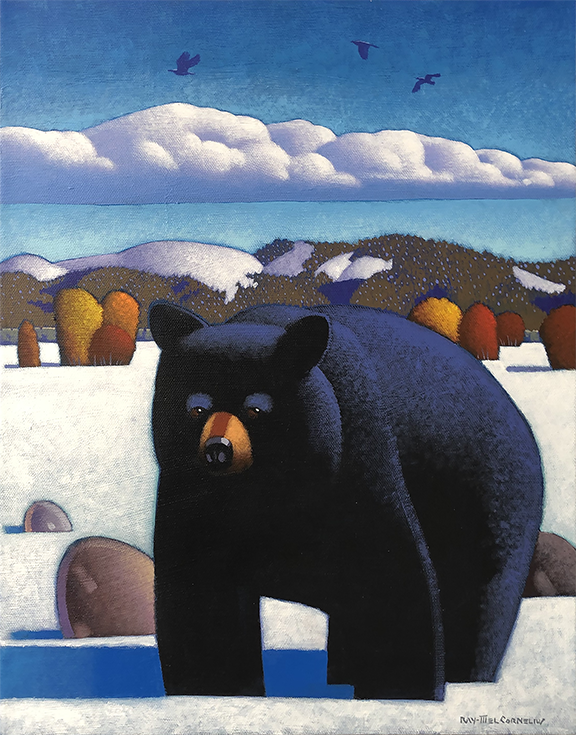 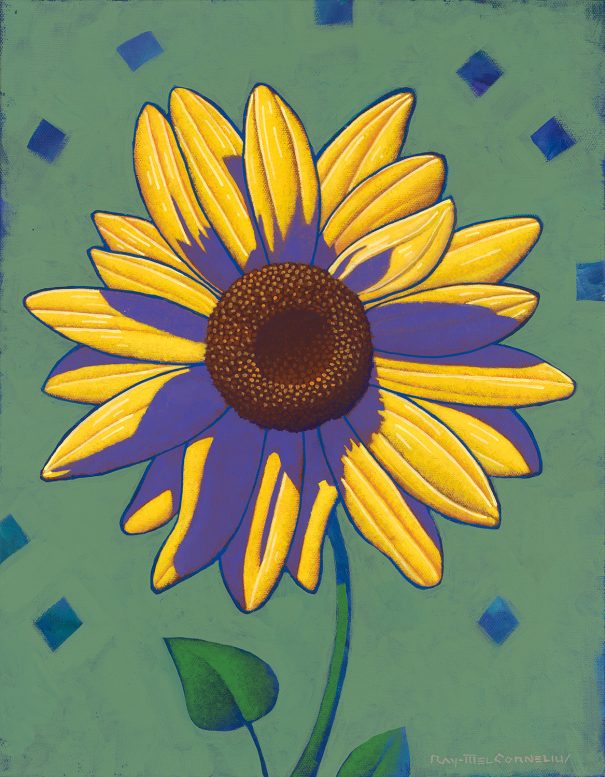 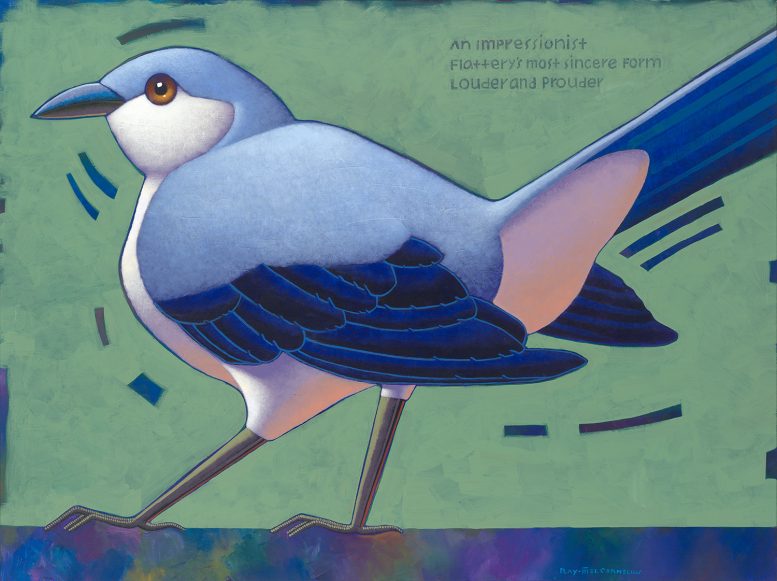 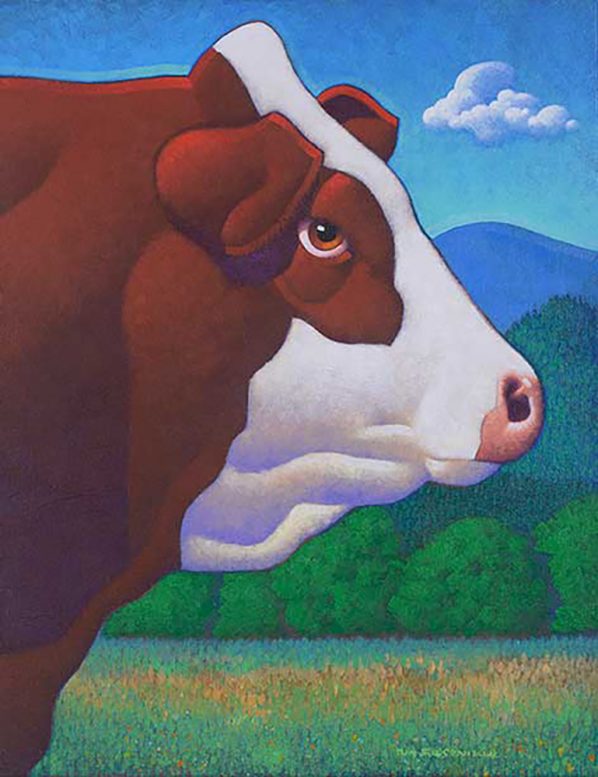 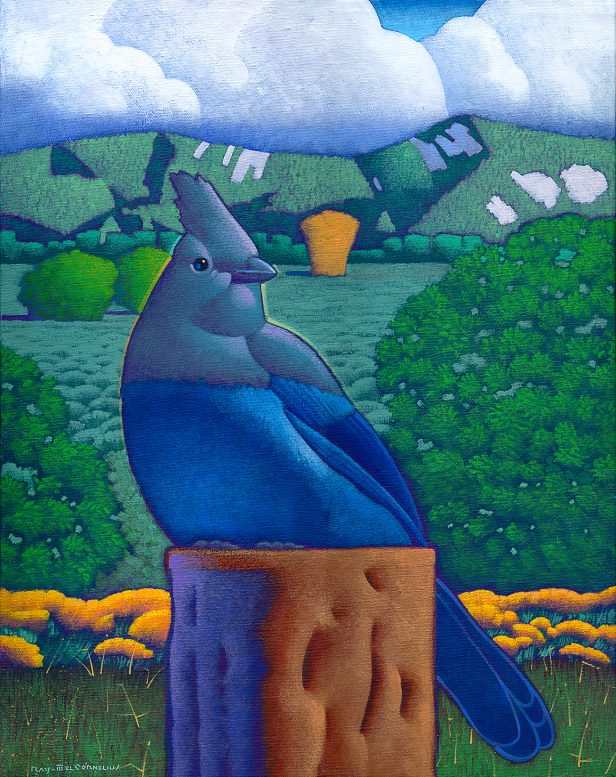 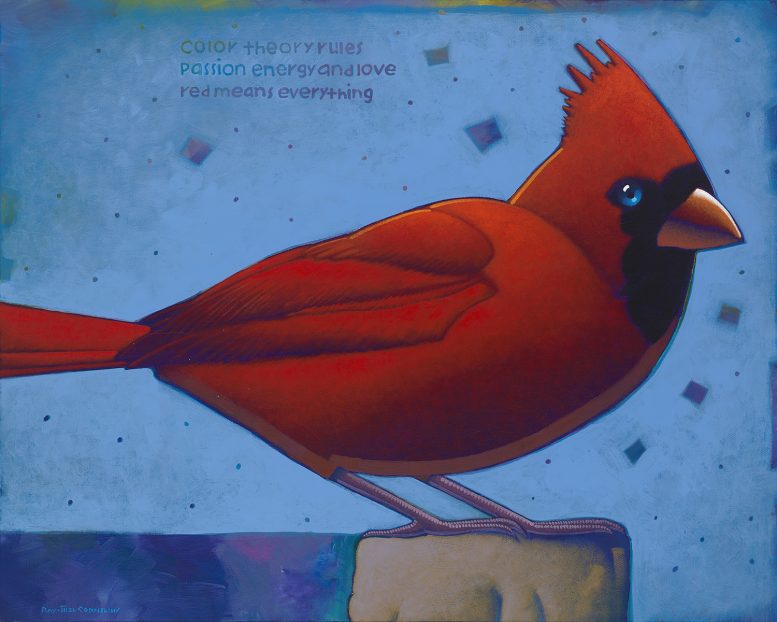 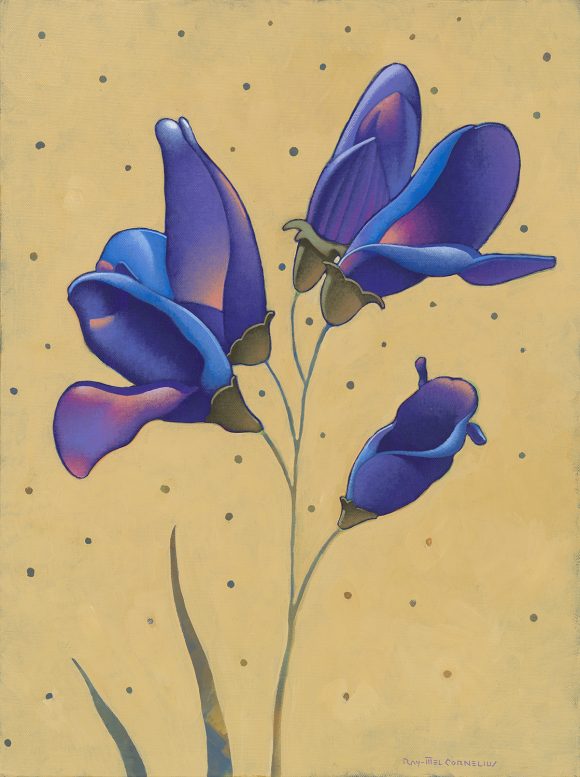 As a child in the small east Texas town of Royse City, Ray-Mel Cornelius began to draw as soon as he could hold a pencil. Before long, and with help and encouragement of his mother, he began to create illustrated books from folded paper bags. Another favorite activity was drawing on a blackboard his mother hung in the kitchen just for him.

While his small-town school did not offer art classes, at age fourteen he enrolled in a private oil-painting class where he mostly created paintings of flowers and owls which his mother loved giving to friends. Soon though, he moved on to other subject matter more appealing to him, inspired by artists of fantasy-novel covers, and comics, his two favorite of these being Frank Frazetta and Jeff Jones.

A graduate of East Texas State University where he majored in graphic design, Ray-Mel enjoyed the strong university art program. Like many 1970s art students he was a fan of the surrealist painters Salvador Dali and Max Ernst, as well as pop artists Andy Warhol and Roy Lichtenstein. A big influence on his work then was the original Spider-Man artist, Steve Ditko and comics icon Jack Kirby. Today he adds David Hockney, Edward Hopper, Grant Wood, and Maynard Dixon to his list of favorite and influential painters.

Throughout his career as a graphic artist Ray-Mel continued to exhibit his personal non-commissioned paintings. Since 2001 his work has been shown in eleven one-man shows and fifty-five group exhibitions throughout the West.

After his first extended visit to New Mexico in the mid-1990s his subject matter expanded to include mountains and the related subjects he loves. Birds, bears, jackrabbits, coyotes, mountain wildflowers, and the architecture of rural New Mexico rendered in his unique and colorful style never fail to delight the viewer.

The artist divides his time between Taos and Dallas, where he teaches in the art department of Dallas College.