Peter Opheim’s oil paintings are windows into a world unlike any other, one populated by the unconventional and provocative juxtaposition of a childlike imagination with adult thoughts and emotions. Biography 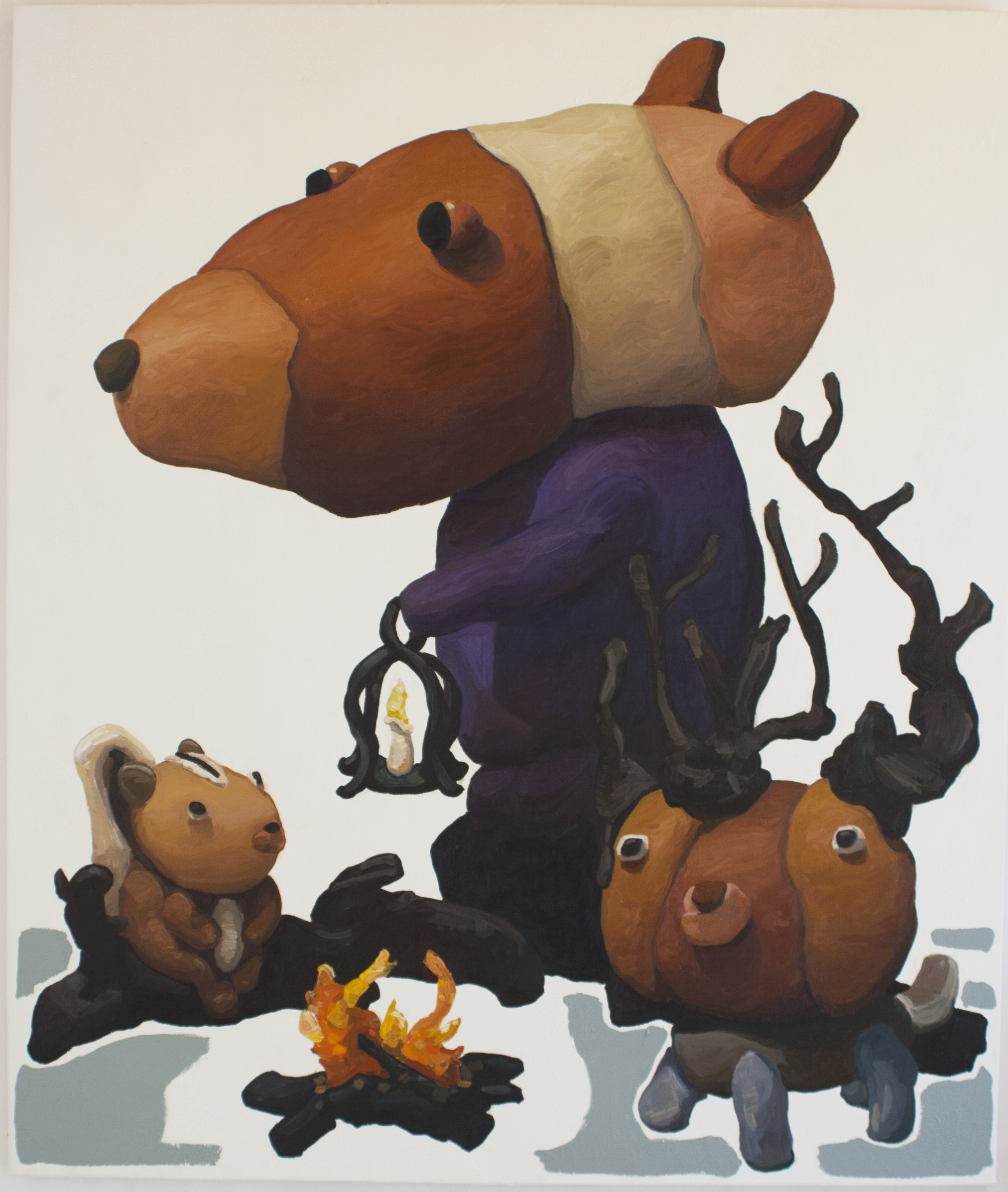 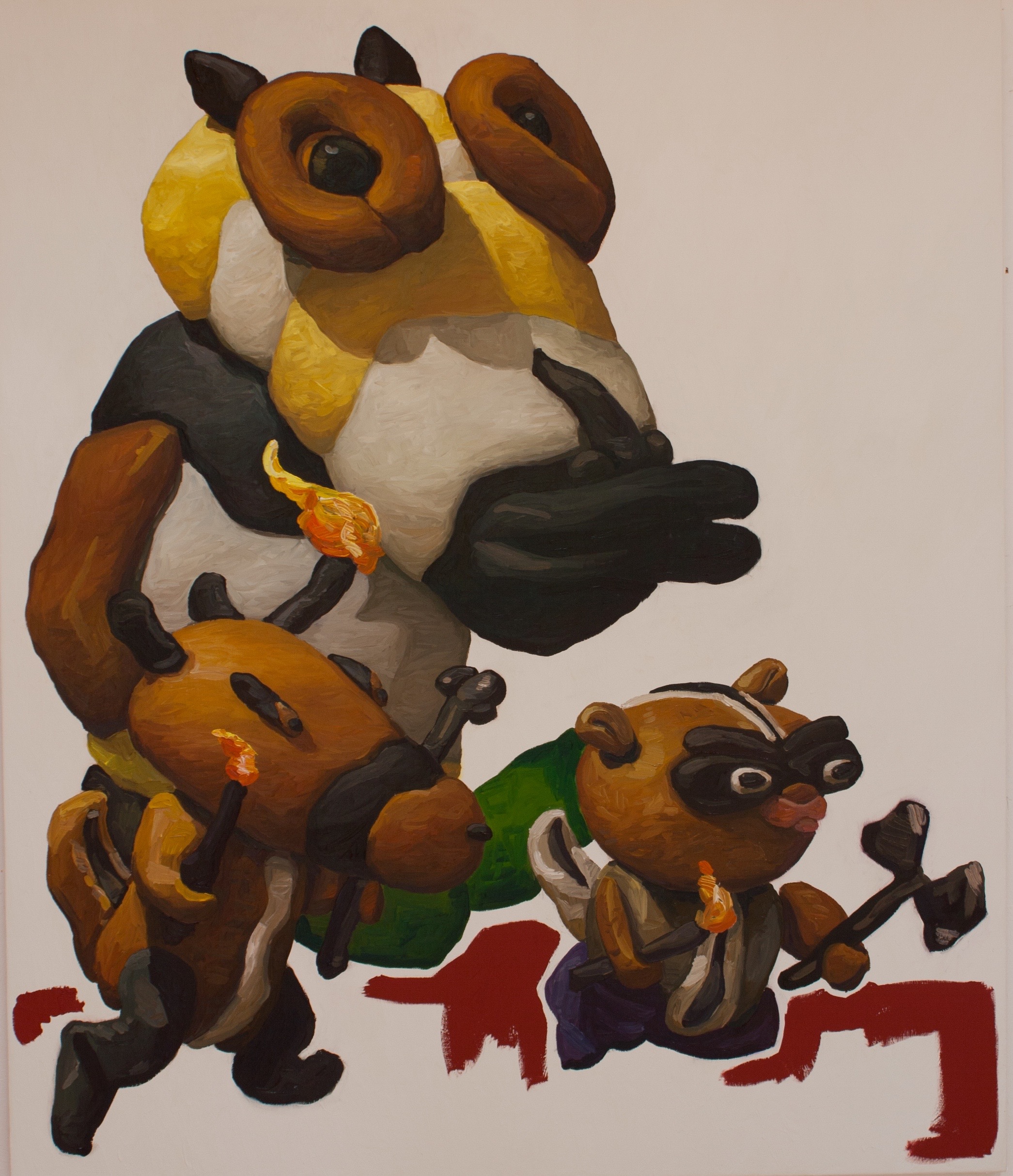 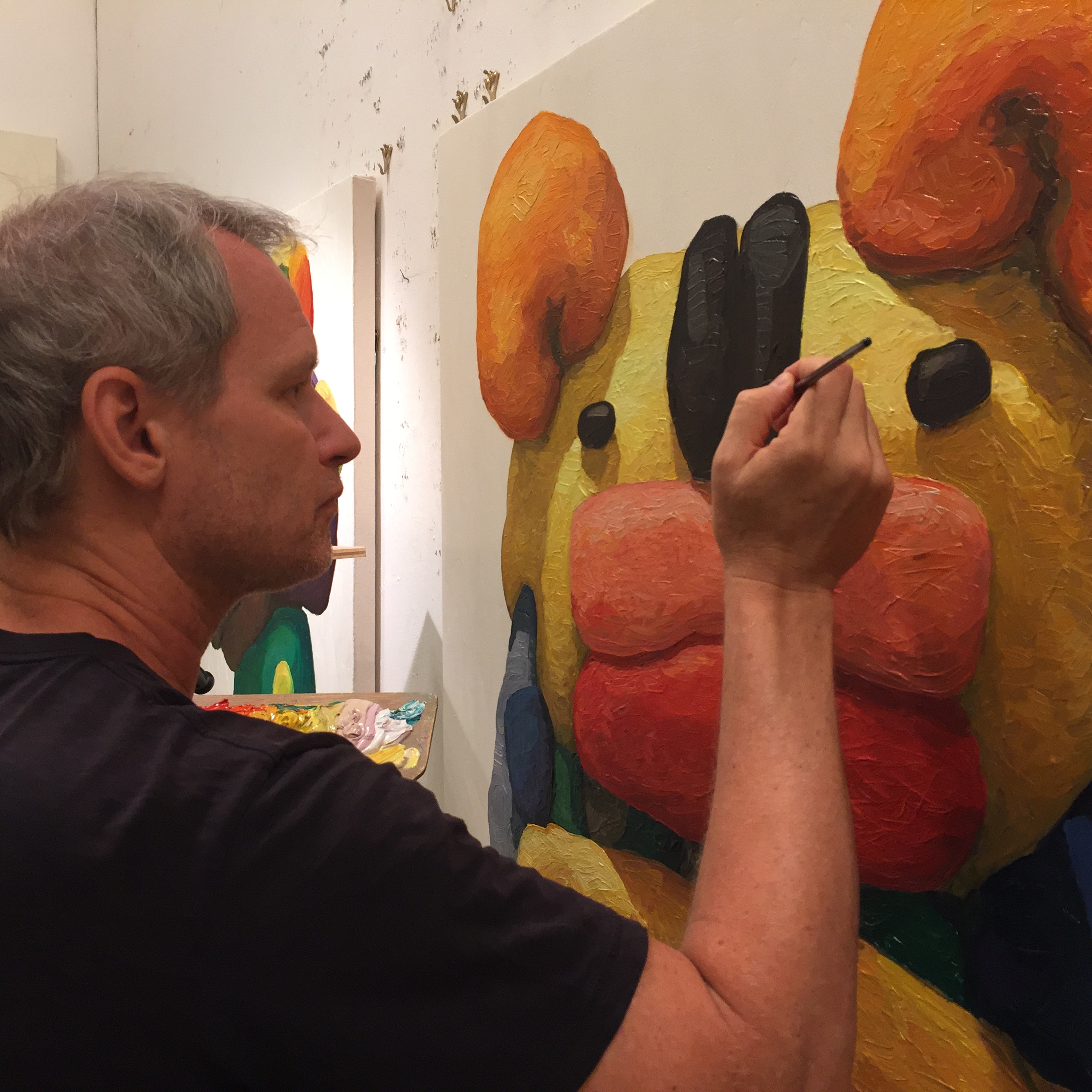 Peter Opheim grew up in Minnesota and received his BA degree from St. Olaf College with concentrations in Economics and Asian Studies. Although he had a lifelong passion for art, “I never took a painting class while in college,” he said. Instead, Opheim believed that his ability to create art would be best served by a broader intellectual base. He spent a semester in Thailand before graduating and spent many of his post-college years traveling throughout the world.After 25 years of acclaim as an abstract painter, Opheim experienced an epiphanous shift in his approach to his art. “I didn’t want to paint things that had already been painted; I wanted to paint things that I hadn’t seen before, things that didn’t exist except in my imagination,” he said, leading him to an extraordinary dual process. Opheim first creates clay figures that are at once daring and amusing, thought-provoking and boundary-pushing, then transposes his characters onto canvasses so large as to be life size.

Perfectly executed brush strokes achieve a three-dimensional effect that bridges the gap between the painterly and the sculptural, and with his masterful use of color, the viewer is challenged to explore his subjects on both intellectual and emotional levels. “How a color looks is very different from how a color feels, so in my chosen medium I try to evoke that sensory distinction,” said Opheim.

Peter Opheim, who splits his time between Taos and New York City, has been featured in many prestigious national and international exhibitions, and was awarded the Pollock/Krasner Foundation Grant. His work has been included in important corporate collections such as Hallmark, Northwest Airlines, and the Venetian Hotel in Las Vegas, and is in the permanent collection of several museums in the United States and South Korea.
Back to top