Read here to learn about the artist and this series 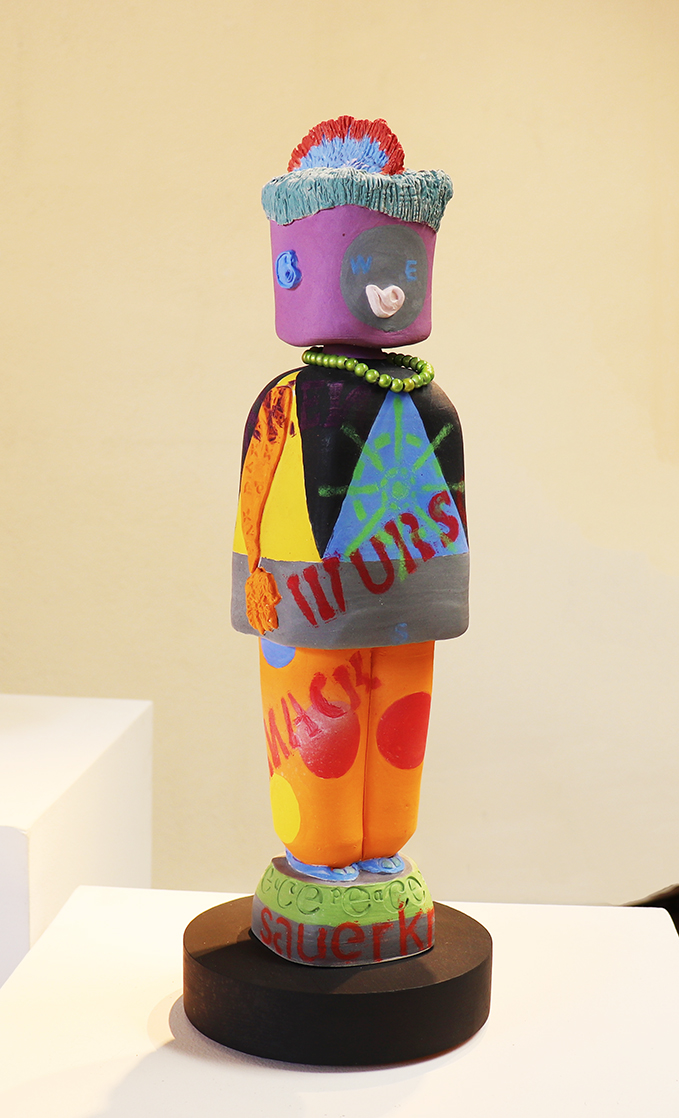 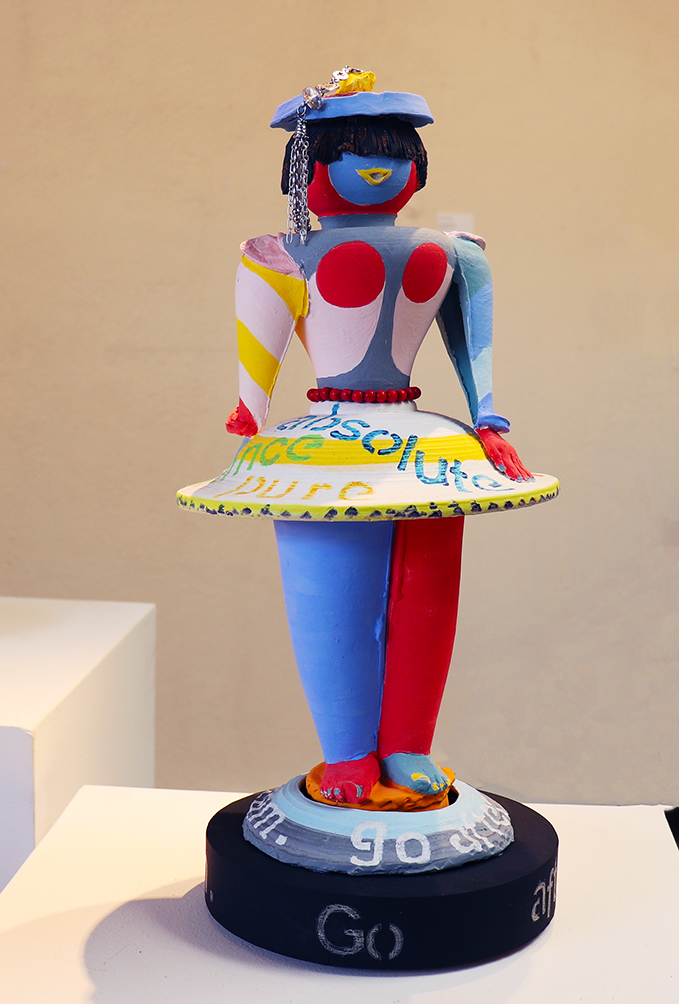 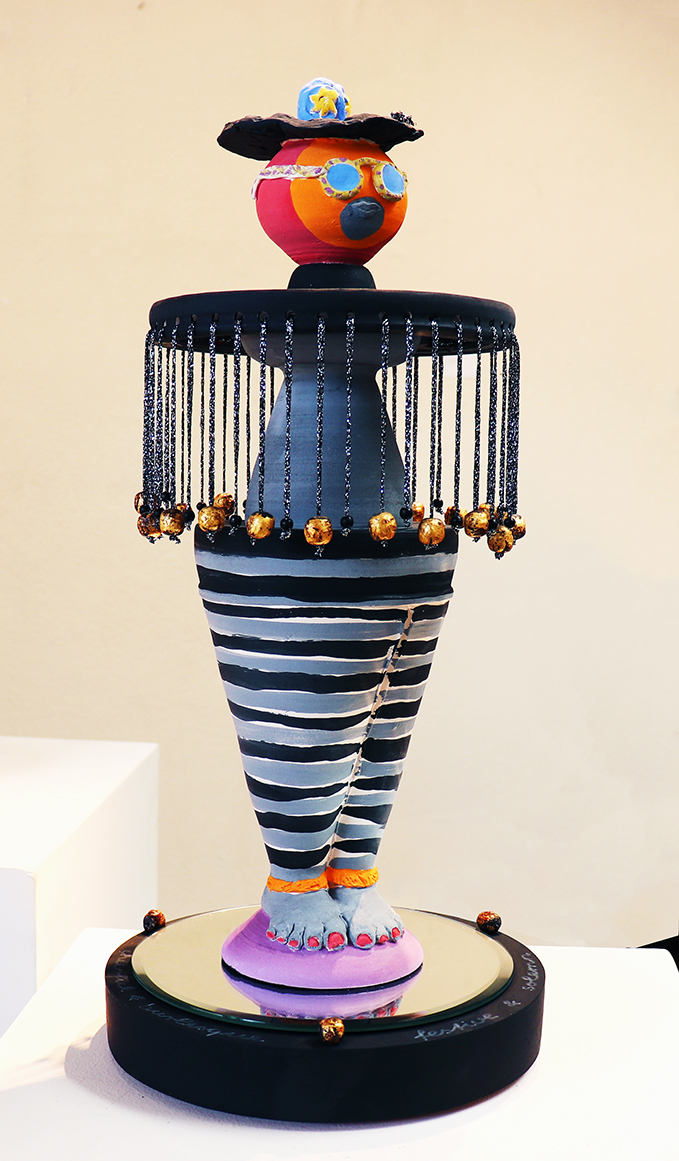 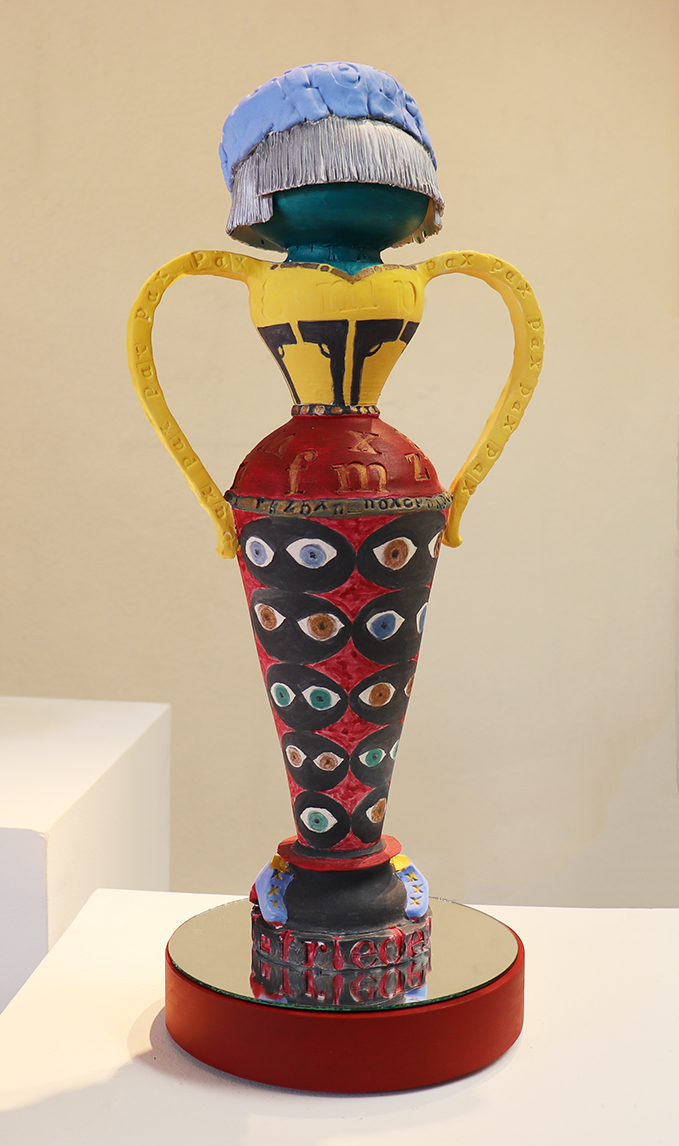 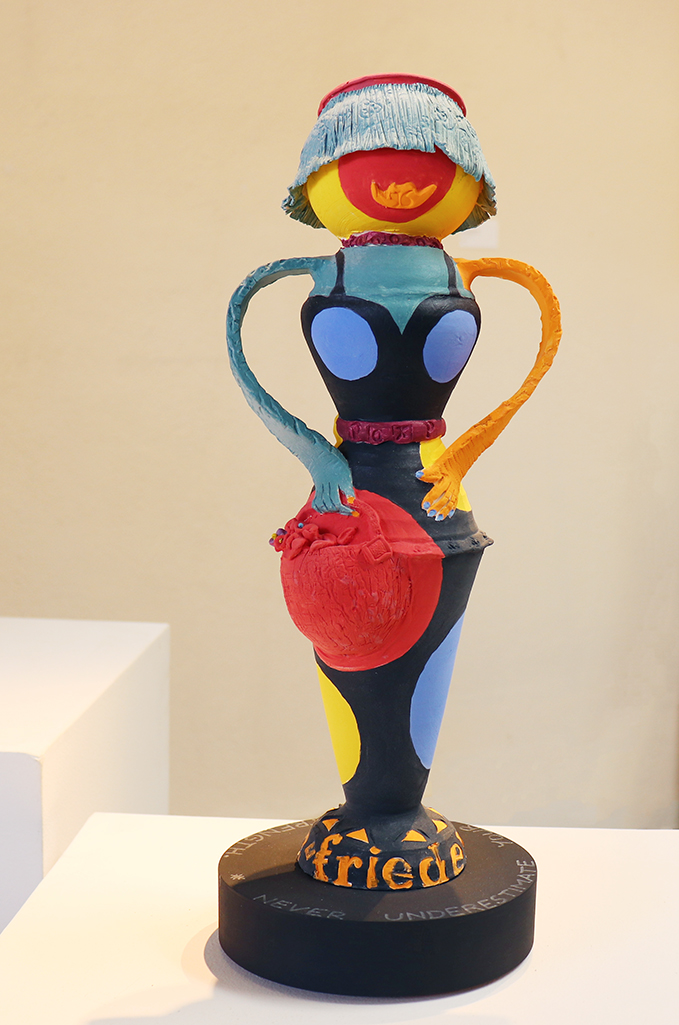 As a Guest Artist in Residence at the Celadon International Modern Ceramic Art Center in Shangyu, China in 2016/17, I made my first large porcelain single color (Celadon) figurines. I was so captivated by the design, that on my return to New Mexico, I designed and made a more colorful version as you see here.

The figurines are made out of individual forms. Each form is thrown on the pottery wheel, assembled leather hard, painted with underglaze and finally mat silk glazed. I used three different forms along with the three primary colors, altering the two and after firing twice in an electric kiln I added the writings or embezzlements.

My figurines are influenced by those in Oskar Schlemmer’s BAUHAUS ‘Triadic Ballet (1922)’, as well as Native American Kachina figures. As such, I’ve placed them on handmade wooden turning bases, and on occasion, I’ve used mirrors on top of the base to give dimension. I’ve also added writings such as: ‘Go After Your Dream’ or ‘Never Under Estimate Your Own Strength’.

Monika Kaden comes from a classical and contemporary art background. Her training comes from several Universities including: Germany, Holland and Alfred University, NY, where she received her MFA. She has worked and taught internationally and since 1999 spends most of her time living in New Mexico.

Monika is fascinated by the culture and the lives which surround her wherever she is and tries to incorporate that in all of her artwork. “My life and art operate as one with each being – the inspiration for the other.”

The ultimate goal of my art is to become a Gesamtkunstwerk – a work of many disciplines.’

The design of Monika Kaden’s figurines is influenced by:

Triadisches Ballett (Triadic Ballet) is a ballet developed by Oskar Schlemmer. It premiered in Stuttgart, on 30 September 1922, with music composed by Paul Hindemith, after formative performances dating back to 1916. The ballet became the most widely performed avant-garde artistic dance and while Schlemmer was at the Bauhaus from 1921 to 1929, the ballet toured, helping to spread the ethos of the Bauhaus.[1]
(Wikipedia)
Back to top