Kate Rivers creates collage. Some, like the birds’ nests that serve as inspiration, are dense with bits of the precious and of the irreverent: intentional pairings of opposites with a unifying element of color and theme. Others are stacks of shorn books telling new stories. And, all are dazzling with textural and philosophical depth. Biography 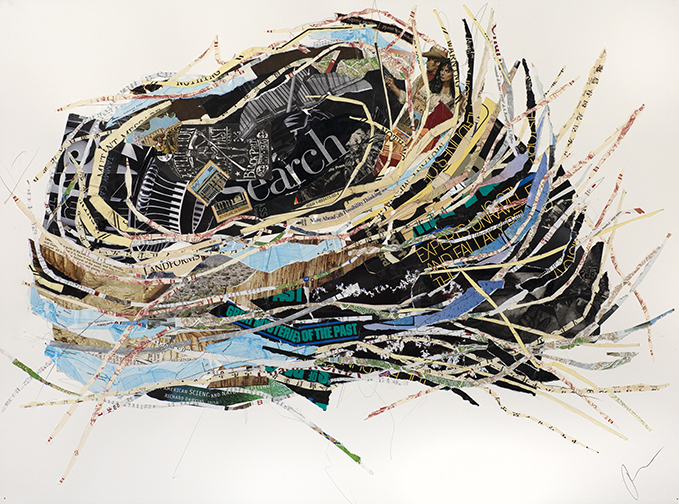 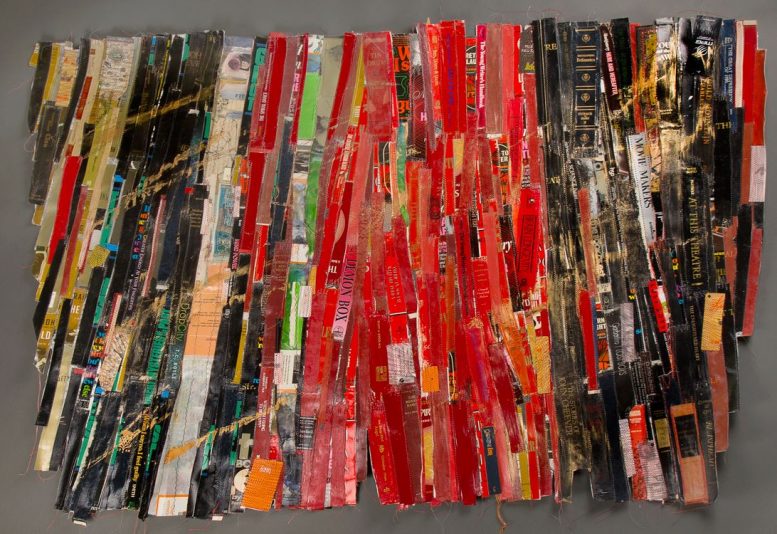 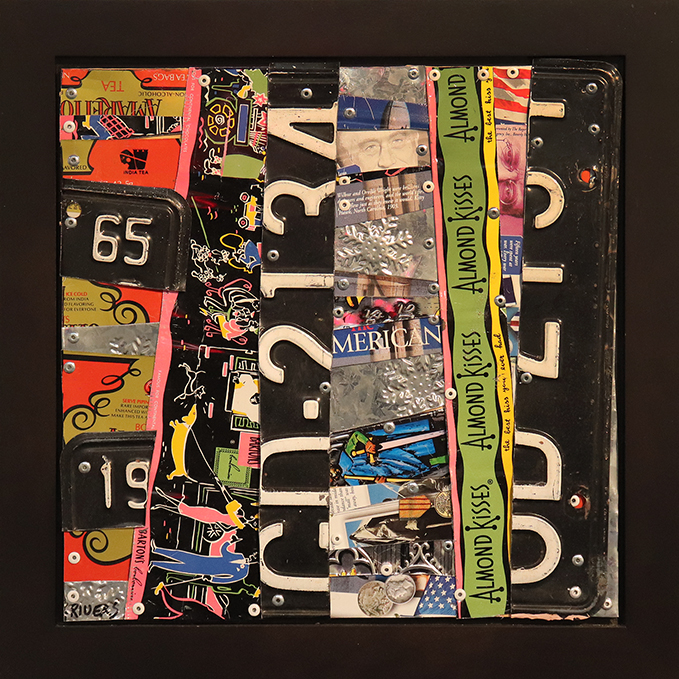 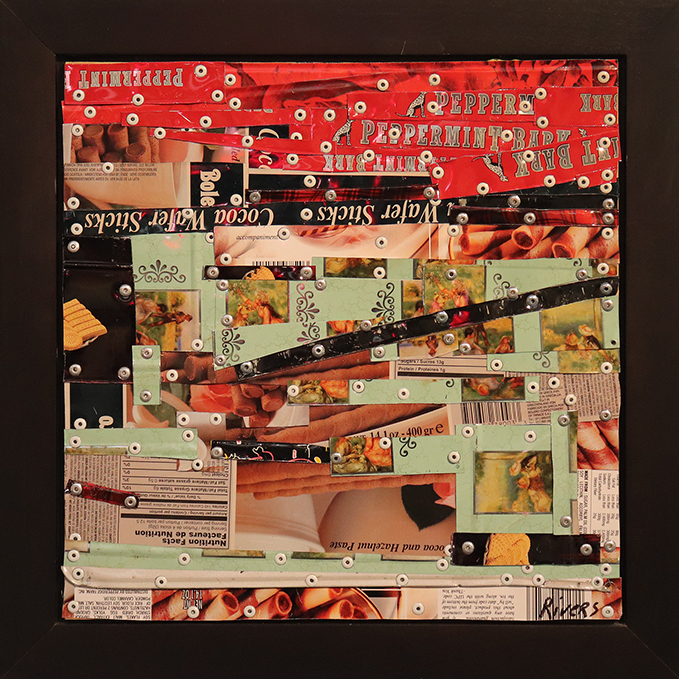 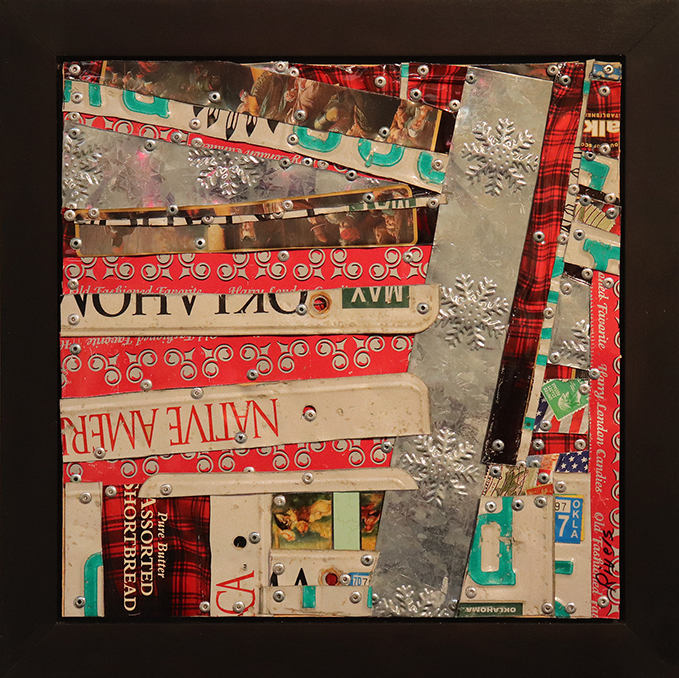 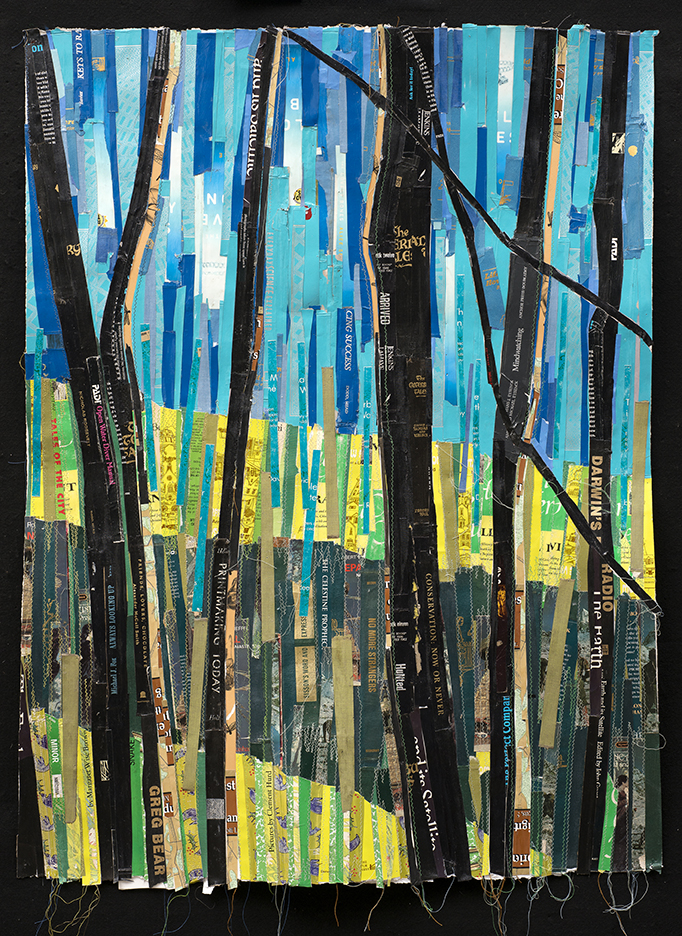 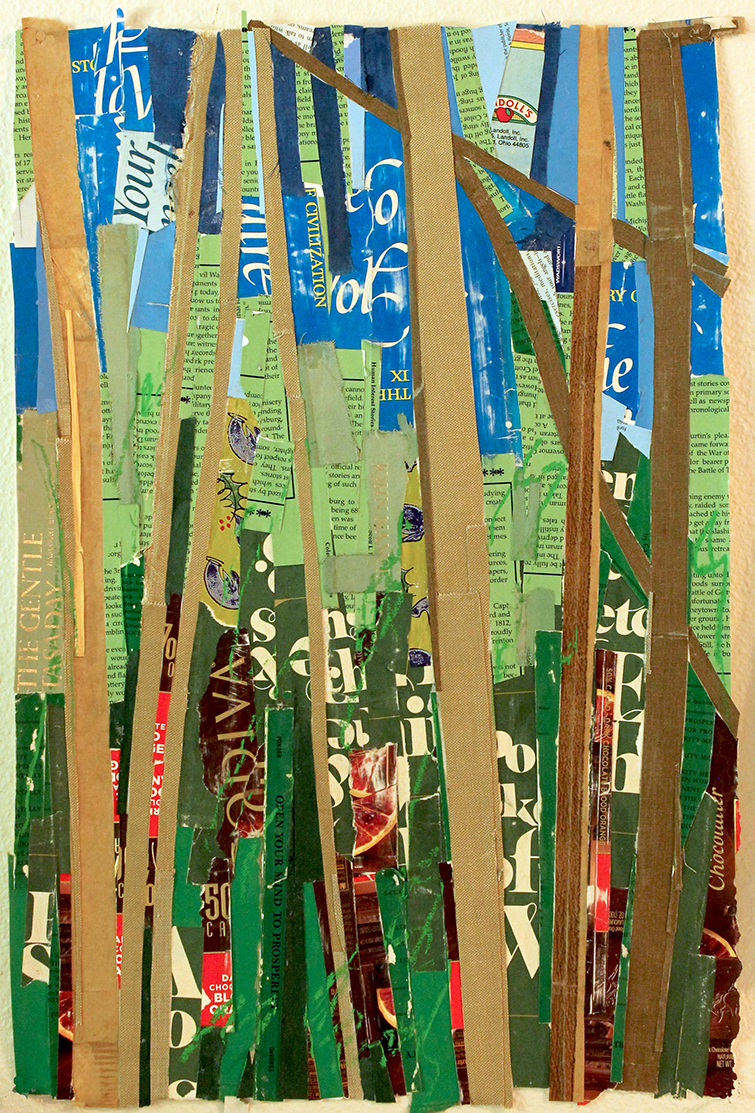 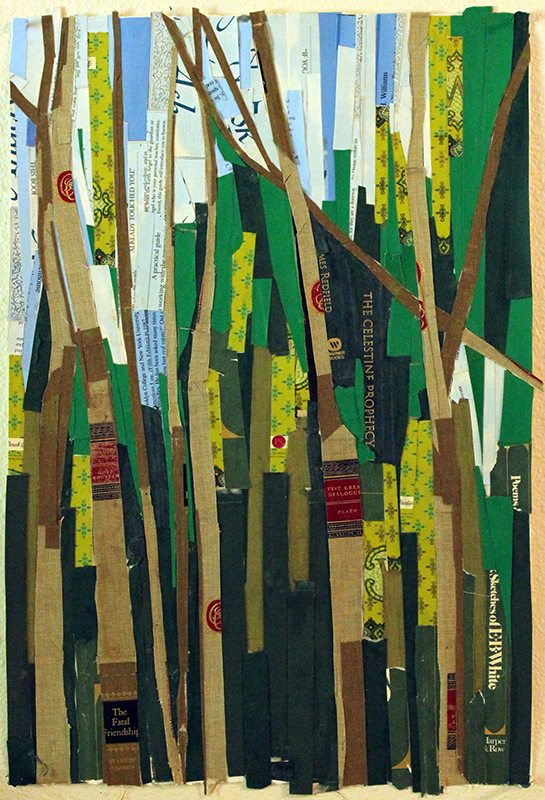 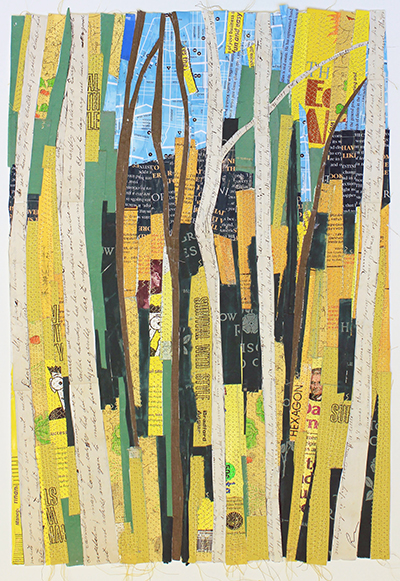 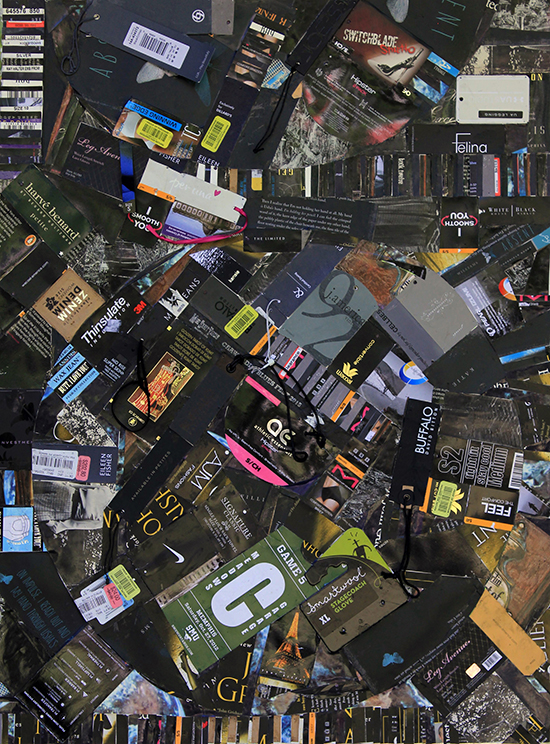 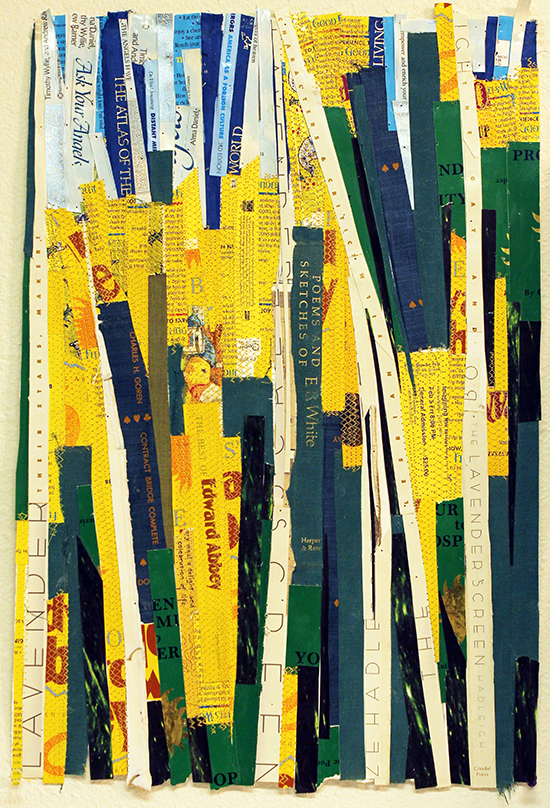 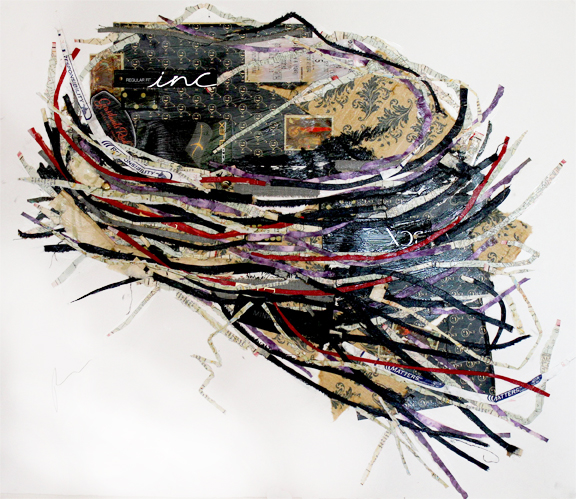 Kate Rivers has been creating collage since 2007, when an artists’ residency in Vermont overbooked printmakers and she was forced to abandon her plans to focus upon monotypes. It turned out to be a fortuitous miscalculation for Rivers, who instead went for a hike and happened upon an abandoned bird’s nest unlike any she had seen before. It became her muse for the remainder of the residency.The mixed media and printmaker is now renowned for her series of Nest collages—full of texture, form, and evocative imagery—that began to emerge during the retreat. Rivers said, “I realized that a nest is a home constructed from bits of scavenged things, and that’s as true for humans as for birds.” Intrigued by both the shape and the improvisational nature of nests, Rivers’ keen eye is always seeking materials she will deconstruct and re-pattern into a story that touches upon themes of time and place, of nostalgia, of memories too precious to be discarded.Rivers’ Book Spine series offers vivid, often abstract, images that carry the eye with strong linearity and bold blocks of colors. A stand of autumnal aspens under blue skies beckons the viewer, as does the intricacy with which her selected materials have been crafted together in dimensional layers that are at once simple and complex. “In unifying the elements of my collage, I intentionally pair opposites, nurturing their push and pull.”Kate Rivers’ career has spanned three decades, garnering her an impressive resume of awards, fellowships, grants, and exhibitions. In addition to her representation by David Anthony Fine Art in Taos, two of her works have recently been purchased by the state of New Mexico.
Back to top