Jennifer Hecker’s glass works do not speak of water caught in a frozen state: no representational ice sculptures here. Indeed, her pieces capture metaphorically the transient and ephemeral nature of water, and the futility of hoping for its eternal containment, much like life. Biography 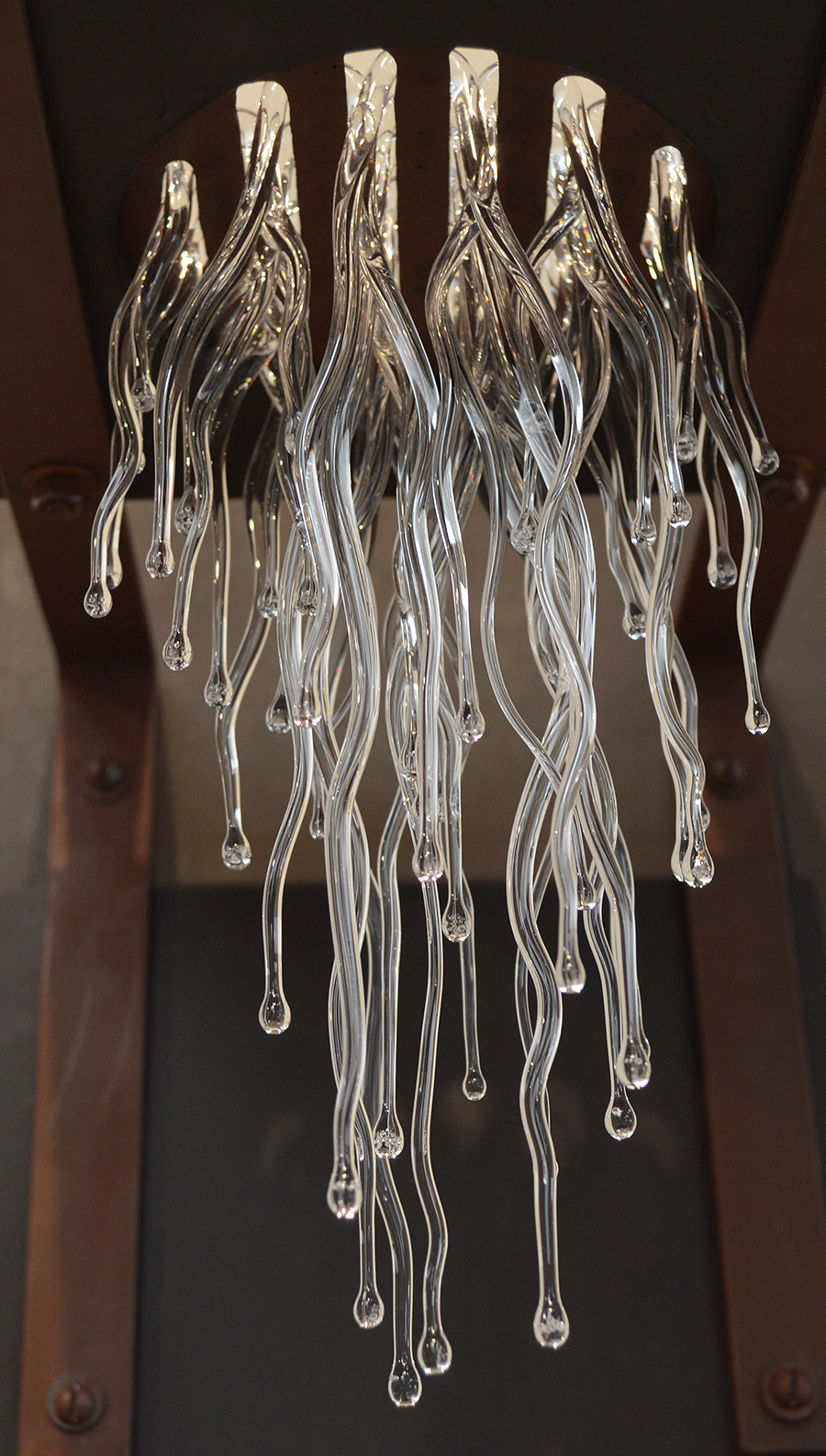 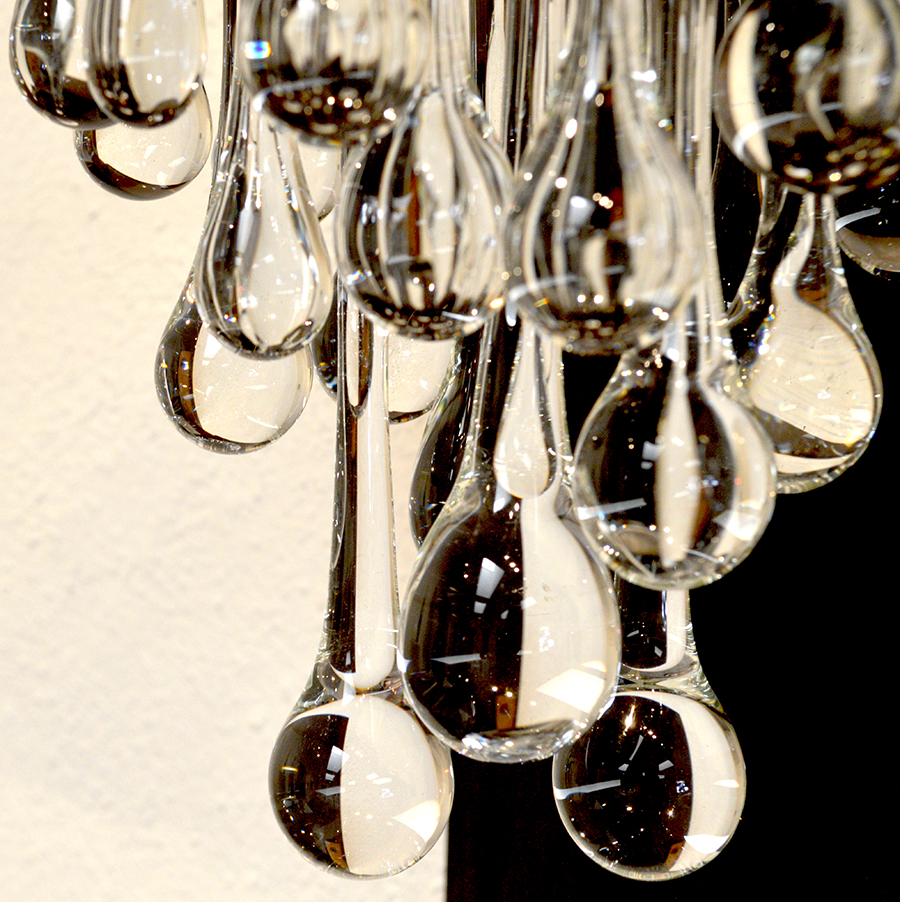 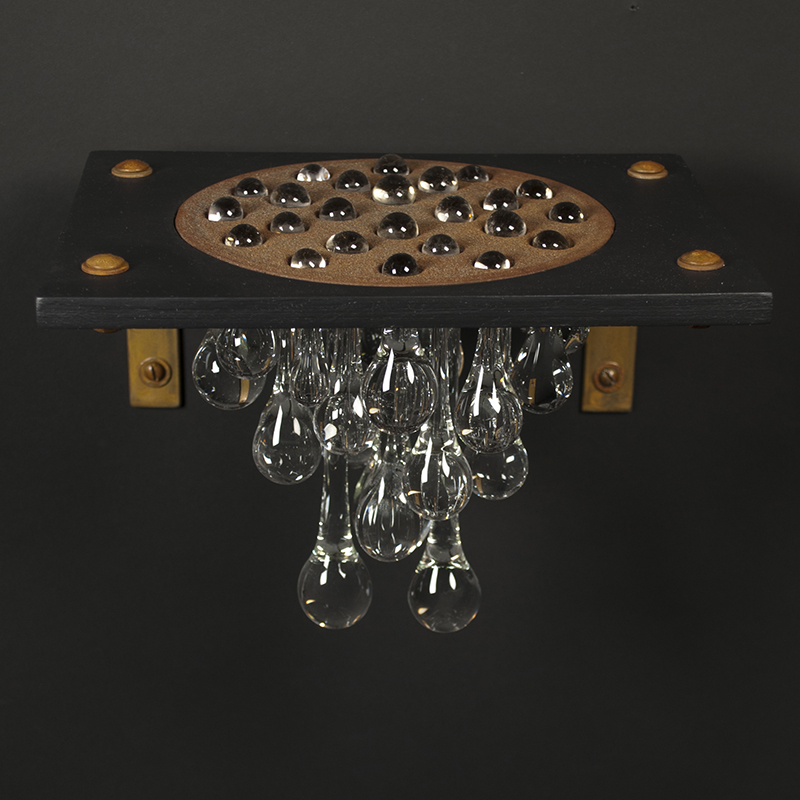 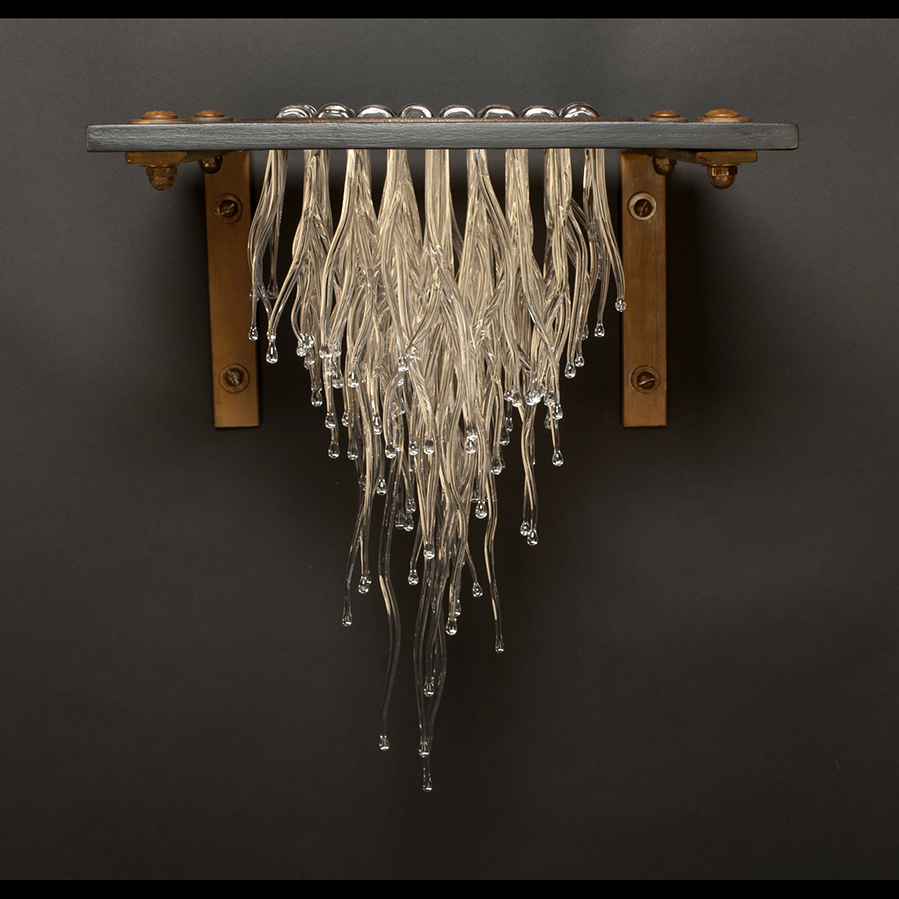 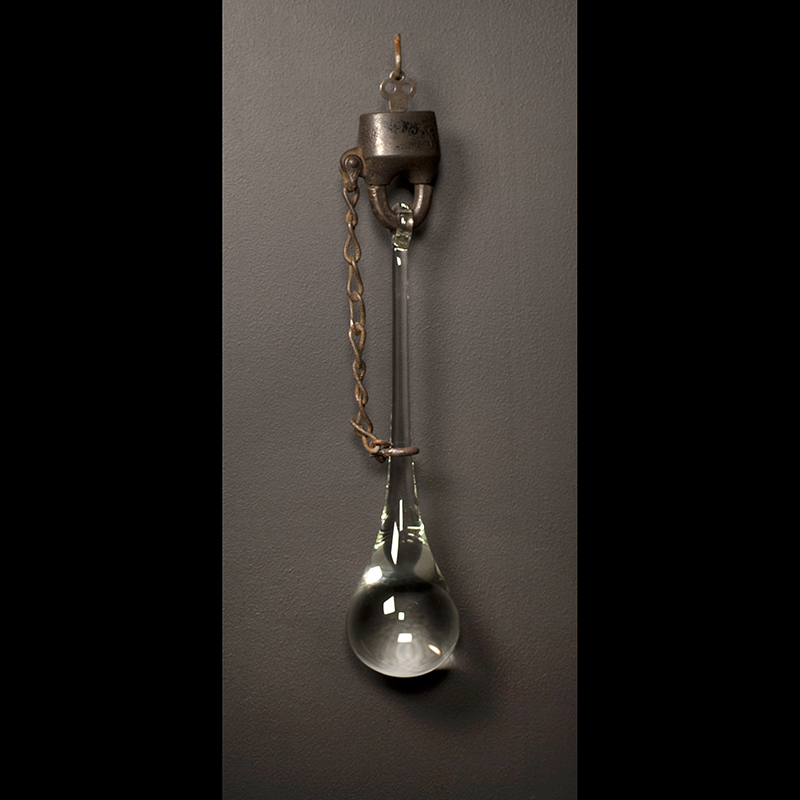 Jennifer Hecker has an extensive and diverse exhibition record that includes solo shows, commissions, collaborative installations, public art projects, outdoor sculpture shows, adjudicated exhibitions, and permanent collections. Recent exhibitions include: “Water: A Universal Human Right,” at the State Street Gallery in Chicago, organized by the Chicago Women’s Caucus for Art (2014); and “Gendered Objects: Barbie as Art” at the Ann Street Gallery in Newburgh, NY (2012). In 2013, Jennifer was one of 42 regional artists invited to create a new work inspired by an artwork in the permanent collection of the Memorial Art Gallery in Rochester, NY in celebration of its centennial. In 2011, Jennifer was one of 30 artists from around the world to be featured in the book Sculpture and Design With Recycled Glass by Cindy Ann Coldiron (Schiffer Publishing). She has had solo shows at Mercer Gallery of Monroe Community College and the Renaissance Gallery, both in Rochester, NY, as well as at Belmont, The Gari Melchars Memorial Gallery and Estate, which is part of Mary Washington College in Fredericksburg, Virginia. Jennifer’s sculptures were twice selected for inclusion in the prestigious Rosen National Outdoor Sculpture Exhibition at Appalachian State University in Boone, North Carolina, which were adjudicated by James Surls (1996) and Mel Chin (2011). In 2006, her commissioned outdoor sculpture for the Village of Brockport, “Les Racines et les Raisons (The Roots and the Reasons)” was dedicated in Remembrance Park. In 2004, she completed a significant commission for a three-part, site-specific sculpture for Christ Church in Pittsford, New York. Jennifer has been the recipient of awards from the Jerome Foundation, the Arts and Cultural Council of Greater Rochester, the United University Professions and The College at Brockport. Her work is included in the permanent collections of The Red Cross in Rochester, NY; The Children’s Inn at the National Institute of Health in Bethesda, MD, and The College at Brockport, as well as private collections in New York, Virginia, Illinois, Florida, and Minnesota.Jennifer Hecker is a professor in the Department of Art at The College at Brockport, where she has taught all levels of sculpture as well as general education art courses since 1989. In 1999, she was awarded a Chancellor’s Award for Excellence in Teaching, and in 2002 she completed a 6-year term as department chairperson. Jennifer received her MFA in Sculpture from the University of Minnesota in 1984, and her BFA in Sculpture with honors from the University of Illinois in 1980.

“Water is of course essential for life. NASA’s Mars rover discovery of evidence suggesting that water once flowed on that planet makes it possible to speculate that there was once life on Mars. Will our own planet, with increasing droughts, pollution, and climate change, one day be as bereft of water as Mars is today? Many experts agree that we are heading toward a worldwide water crisis in the 21st Century. Whoever has water will have power. But can a country or government or corporation or individual really “own” water? It’s crazy to think about.” Jennifer Hecker. Back to top